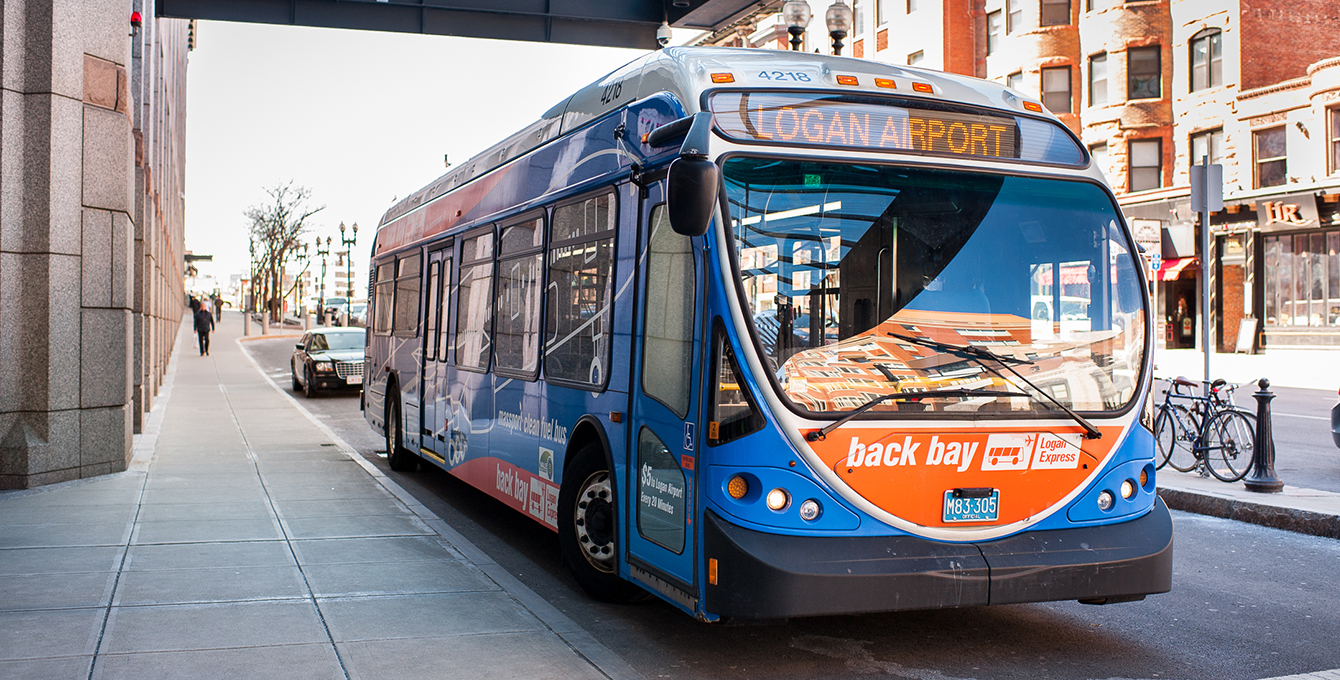 Until recently the bus had three stops: Hynes Convention Center, Copley Square, and the Airport Terminals. Starting May 1st, the Copley Square stop has been moved to just outside the MBTA’s Back Bay Station to provide a smoother transition for passengers who use the Orange Line and Commuter Rail. The other two stops remain the same.

In addition, the one-way fare to the airport is now reduced from $7.50 to $3 (credit/debit card only) and riding the Back Bay LEX from Logan to the Back Bay is FREE.

Passengers who take the Back Bay LEX will also be able to get ahead of the security line at Logan. Customers will be given a receipt on the shuttle to present to the TSA document checker at the security checkpoint, and will be directed to an expedited security lane.

“Our goal is to double HOV ridership by providing value-added choices for customers,” said Massport Acting CEO John Pranckevicius. “We want our customers to realize that dollar-for-dollar Logan Express is the best mode of transportation to get to Logan from Boston’s Back Bay. It is the most cost-effective, environmentally-friendly, and efficient mode of transportation for passengers and workers at the airport.”

The Back Bay LEX buses are scheduled every 20 minutes daily. Service from the Hynes runs from 5 am to 9 pm and trips from Logan start at 6 am and end at 10 pm every day.

By next year, the shuttle will expand its service to North Station with connections to the MBTA’s Green and Orange lines, and the Commuter Rail. The fare will be $3 going to Logan and FREE from the airport. Additional locations are also being considered.

The Back Bay Logan Express is the fastest and most economical way for convention attendees to get to the Hynes Convention Center and/or their Back Bay hotel. Learn more here.

Boston Logan International Airport has non-stop service to 76 domestic and 56 international destinations and is among the most accessible airports in the nation. In fact, no city delivers faster travel times between the airport and its convention centers than Boston. Logan Airport is only eight minutes from the BCEC and 15 minutes to the Hynes. The BCEC is steps away from the MBTA’s Silver Line World Trade Center stop, which is the same subway line that services Logan Airport.